The video shows the new bride smearing icing at her husband’s nose who in response picked up the whole cake and just threw it at her like it was a hot potato. “That’s not just aggressive but so embarrassing??? If he’s comfortable doing that in front of all her friends and fam…scary.” 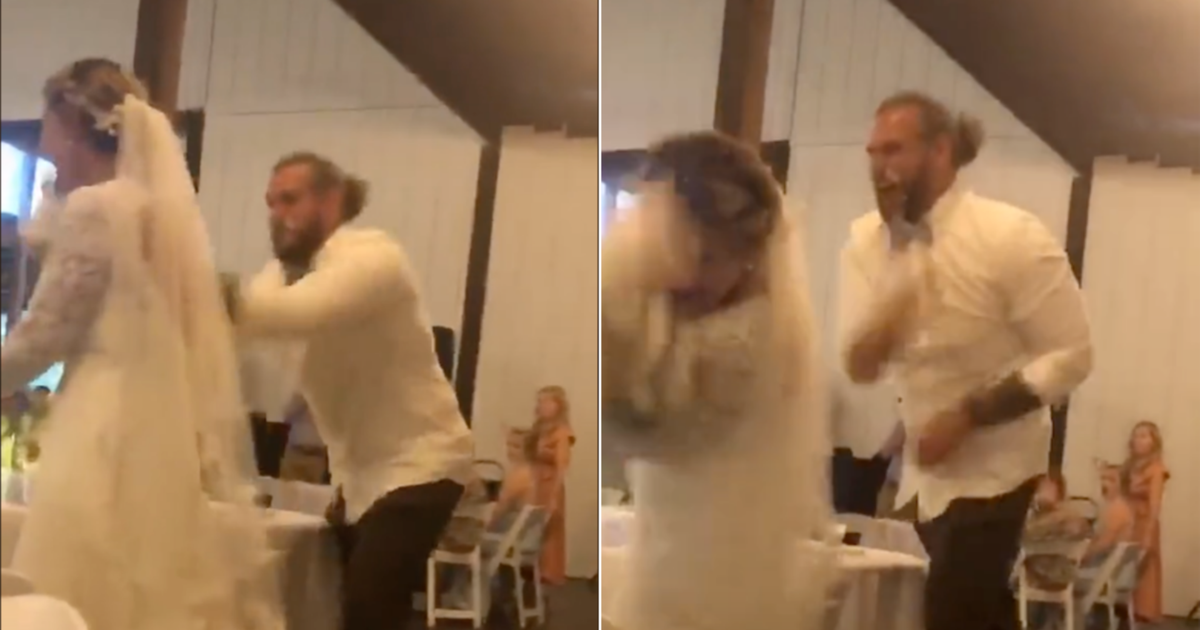 Things become even more awkward or out of hand when the ‘center of attention’ couple attempts to feed the cake to each other. Since it’s supposed to be a day of celebration so the couple is expected to not just feed directly but instead smear a little here and there. But the audience only expects it to be a light gesture of love rather than a fight to show who got more power.

If you are not getting what we are trying to say then check out the viral video of this couple and we assure you things will start making sense.

The video has gone viral and people think something is weird

We love it when a cute couple smear some icing on each others’ noses but have you ever been at a wedding where the groom literally throws three tiers of cake at his new wife? We bet no, but this video shows exactly what we are talking about, and guess who uploaded it? Yes, the bride herself (known as @kelsboyd3 on TikTok). 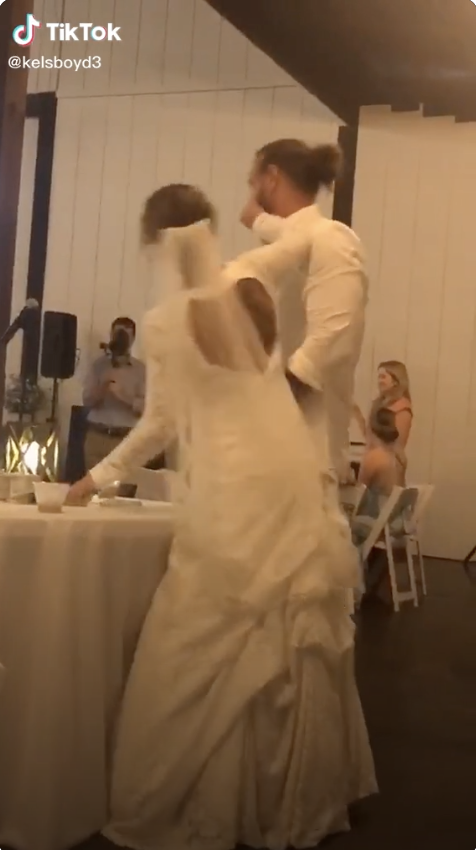 The video, uploaded on TikTok, shows the wife smearing some icing on her husband’s nose, and then the husband got into the moment and tossed a ‘whole wedding cake at his new bride.’

The bride herself shared the funny footage

The funny clip was shared by the bride Kelsey Caron, from Kingston in Tennessee, which shows her playfully putting some frosting on her husband Tony’s face.

Now Tony should have done the same, but he rather picked up the whole cake and just threw it at her. Even the bride got surprised and caught off guard but then she got hold of herself. 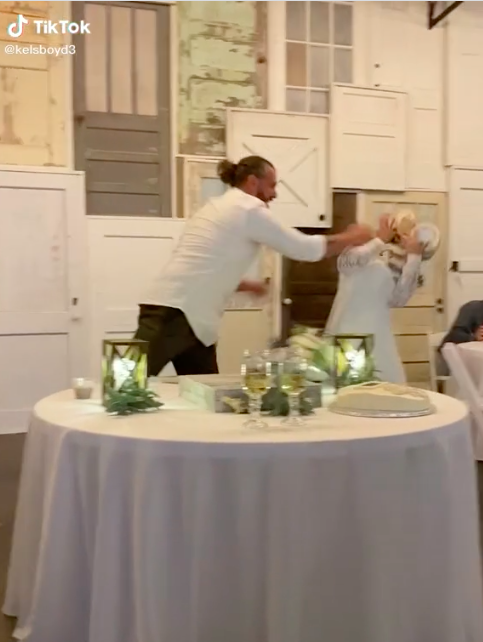 The couple doesn’t look mad but viewers are getting uncomfortable by watching it. No matter what, no one can grasp the idea of a groom chucking an entire cake at his bride.