17 Animal Photos That Have Amazing Stories Behind Them

We feel like the world just has to know about how orangutans became friends with otters, why a dog works in a post office, and why a person that takes care of zebras that lost their parents wears a striped coat. There’s just no such thing as too many kind stories.

We at Bright Side believe that there are more good things in this world than bad ones — and we have proof. Be sure to keep reading until the end of the article where you’ll find a bonus story about the most cunning cat in the world.

1. In a Belgian zoo, the otters and primates live together. They’re friends and the baby orangutan plays hide and seek with the otters. 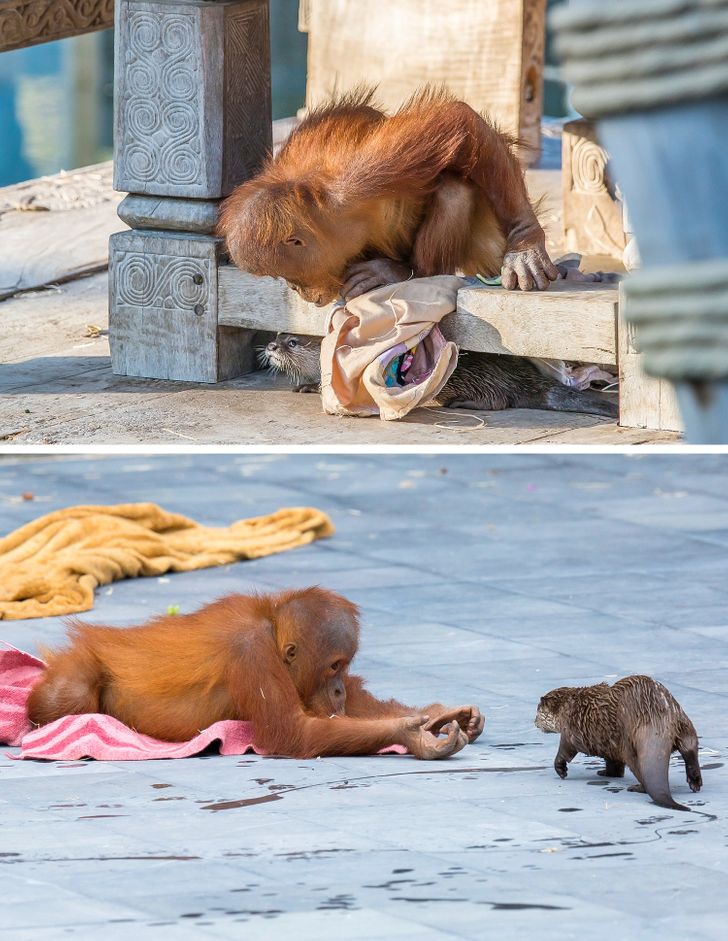 2. This baby zebra ran away from lions and hid among sheep. Now the man is her mommy. The newborn zebras memorize the colors of their parents so he has to wear this coat. 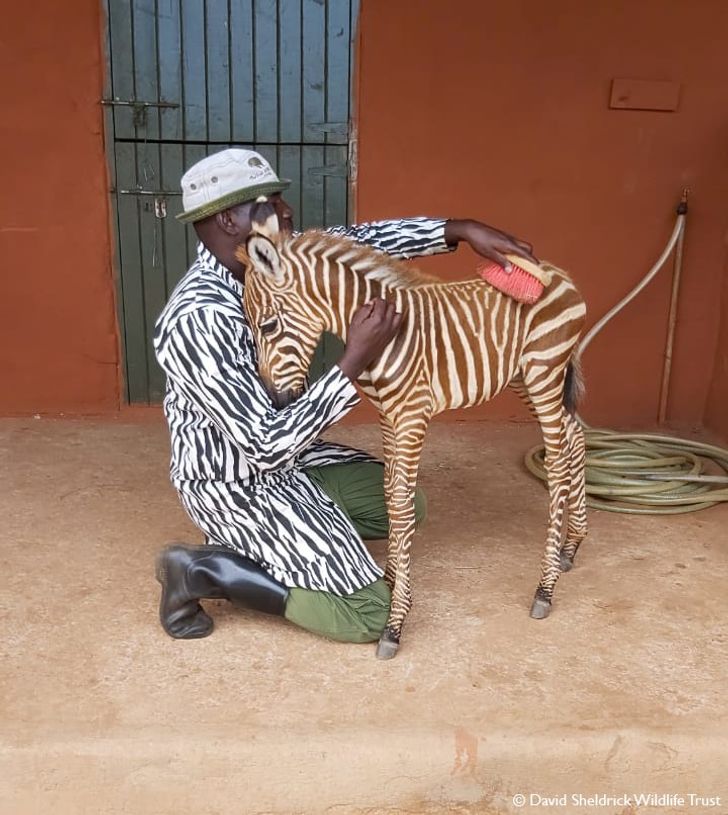 3. This worker at a rehabilitation center hugs a newborn walrus that lost his family and was saved by the fishermen from Alaska. 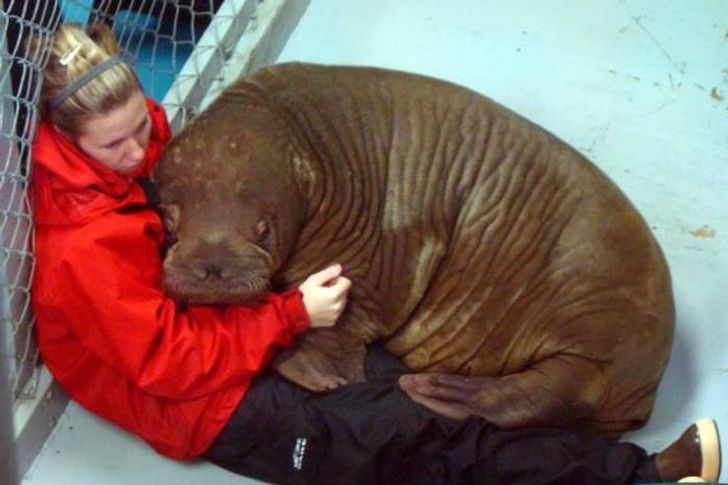 4. 8-month-old Simba was used for photos for money before being abandoned, scared, and paralyzed. Doctor Karen Dallakyan performed surgery and the lion is recovering at the moment.

5. “My mom meeting her dream kitten for the first time today!” 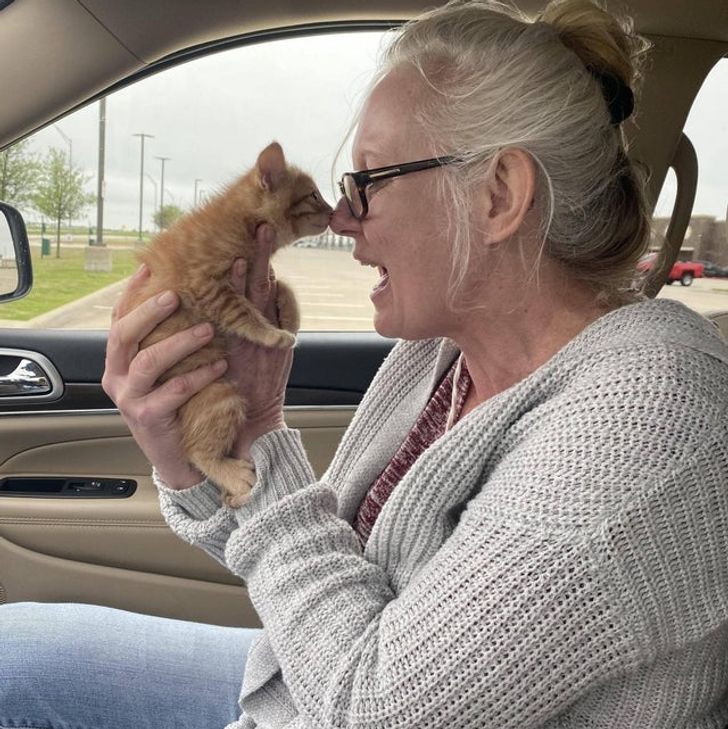 6. “My baby helped my boyfriend propose to me yesterday!” 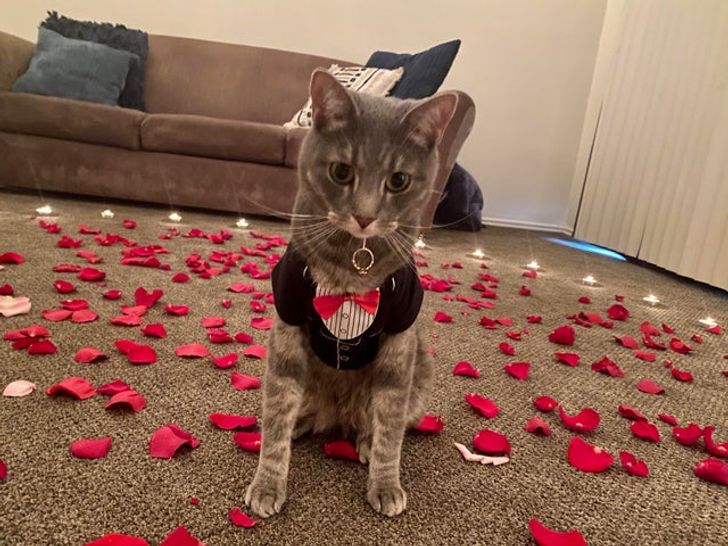 7. “My dad works at home and chooses the best employee every quarter. It’s always our dog Meeka.” 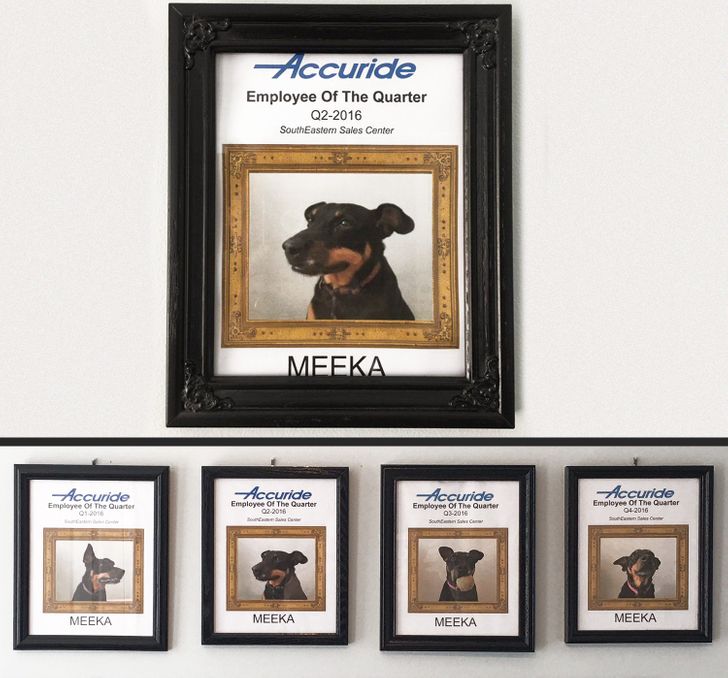 8. This is Jax, the official stamp-licker in Scotland. He works every day, patiently expecting new clients.

9. This photo went viral with the caption, “The fawn mistook this dummy for his mother.” But it turned out that he just hid behind it and was waiting for his mom. She appeared a minute after the photo was taken. 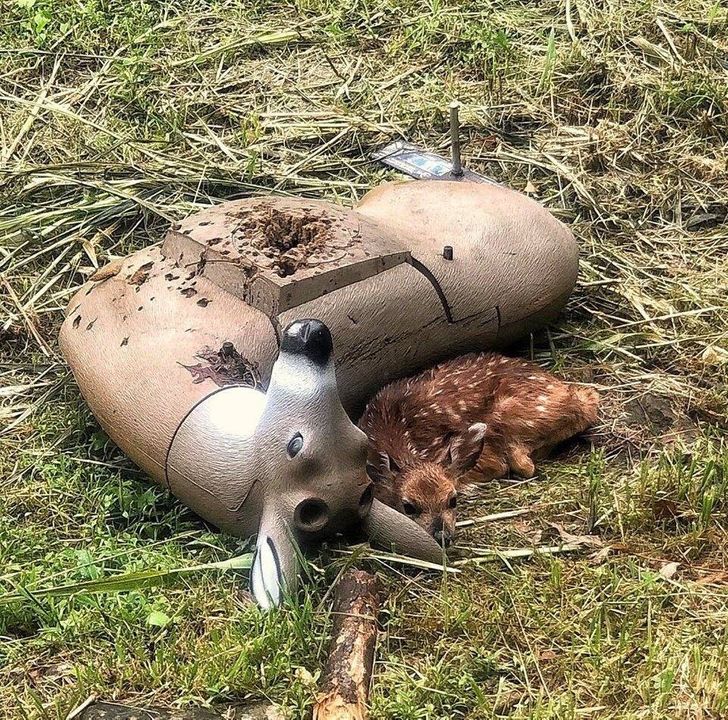 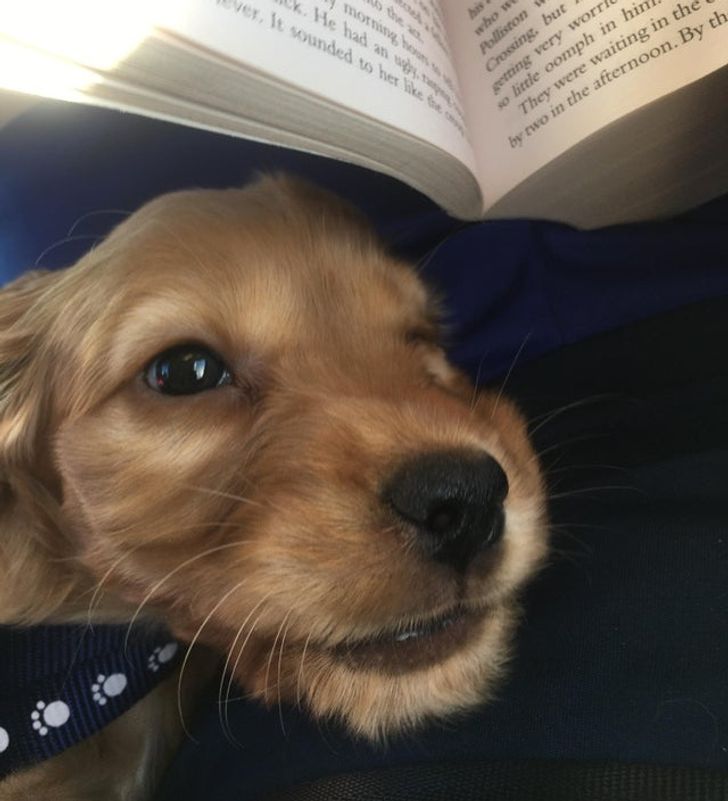 11. “These pictures of our cat Drax were taken 4 months apart. When we got him from the animal shelter, his back half had practically no fur and he weighed just 4.5 lb. He’s really fluffed out!” 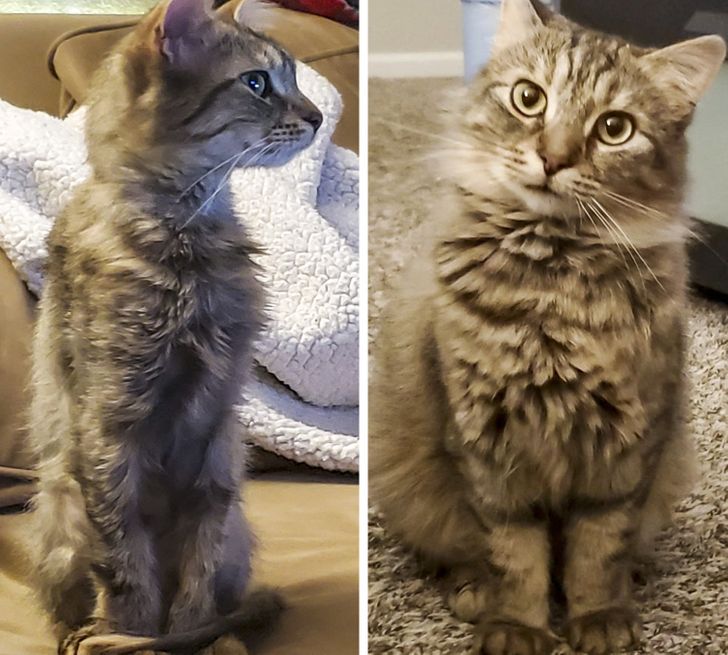 12. These seals were rescued from an ice formation in the Saint Petersburgh river. They are safe and sound. 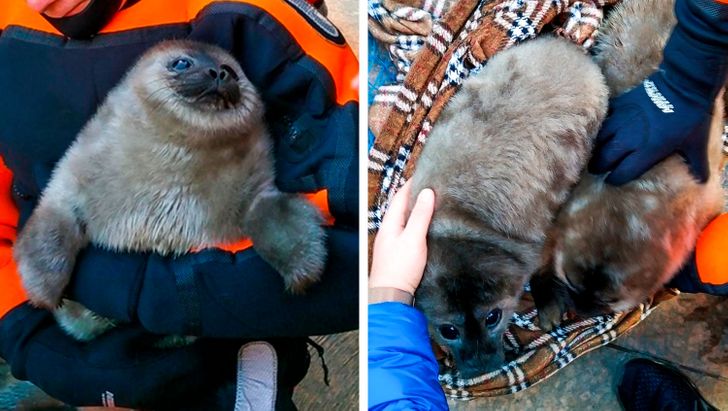 13. People made a live corridor to help the newborn sea turtles reach the water and avoid being eaten by seagulls. 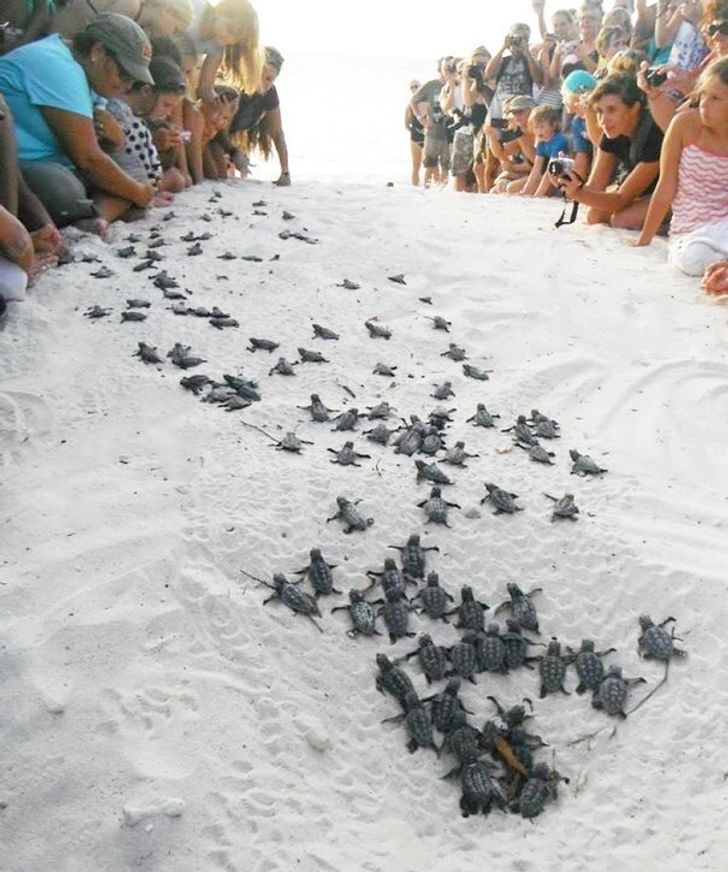 14. The inhabitants of Kamchatka found a 6-month-old bear on the side of the road. Now she lives in a center for animals and weighs 440 lb. She is a star on social media! 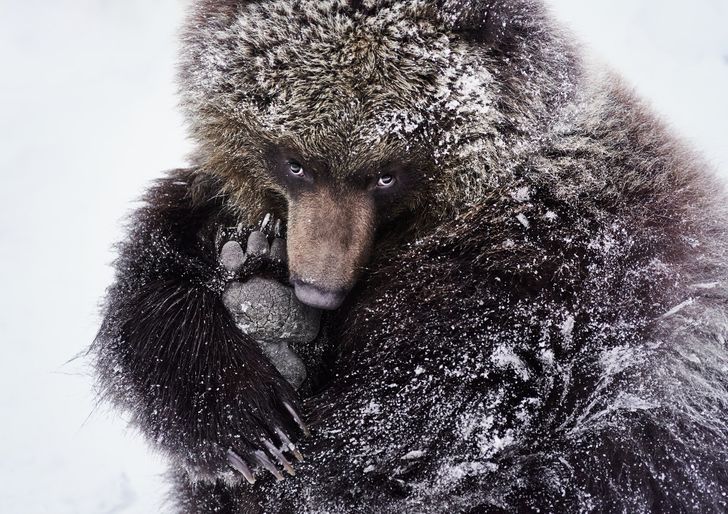 15. “This is a Canadian goose named Dorthy. She visits my grandparents’ house every year to make her nest and lay her eggs.” 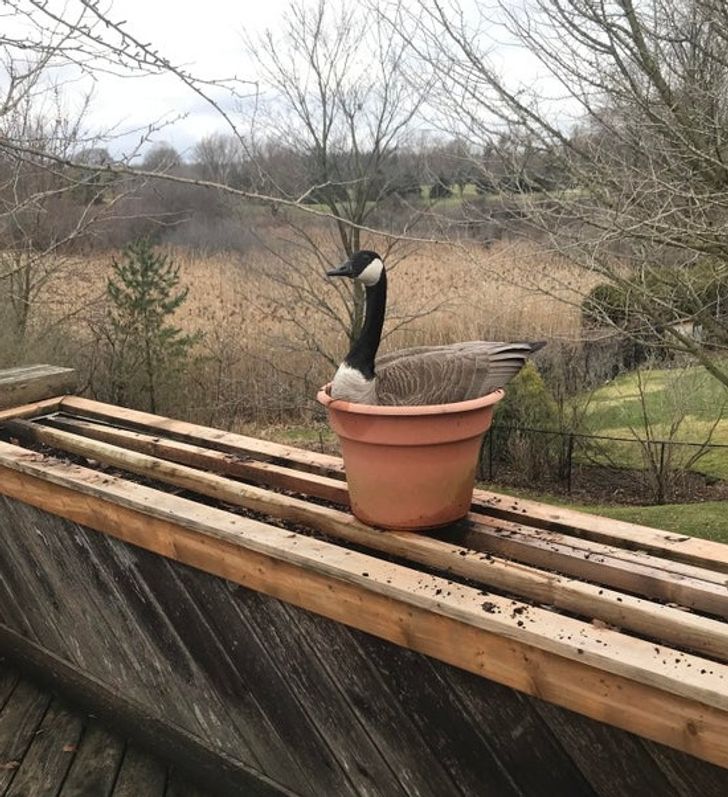 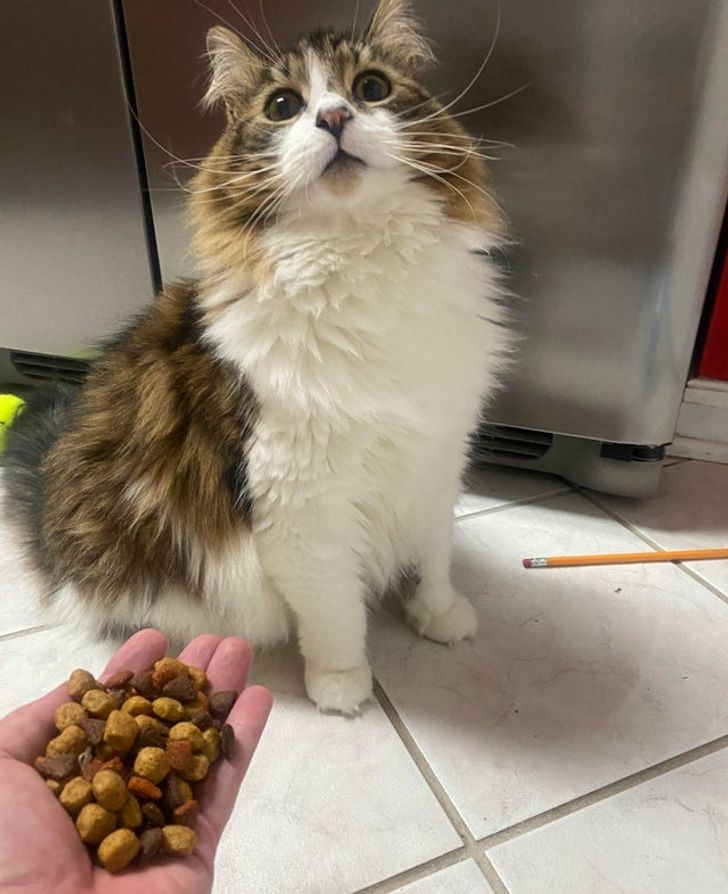 17. “My dog, who has never liked cats, adopted my baby foster kitten. She adopted him too, I think…” 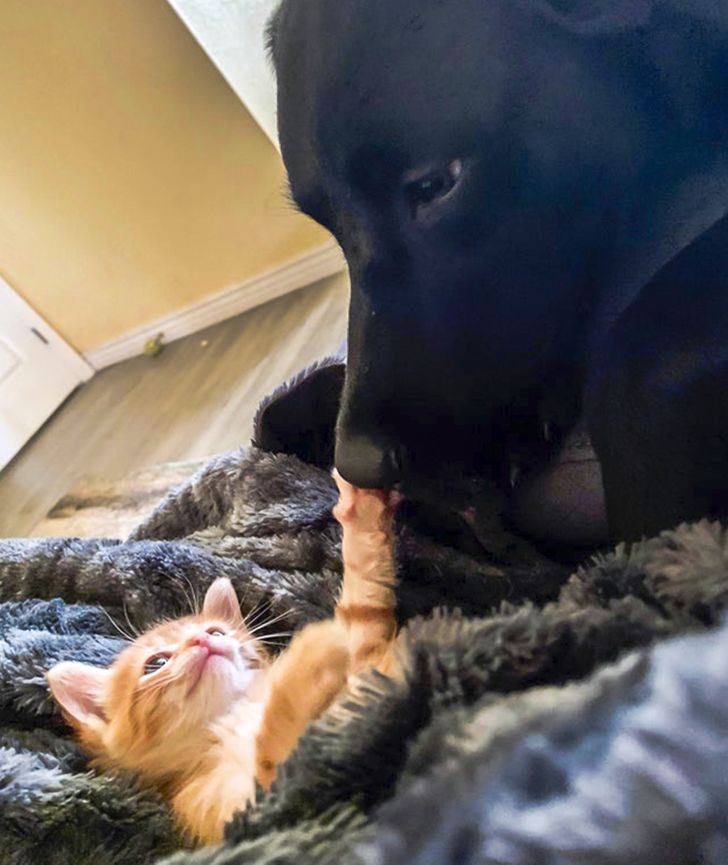 18. Every night, she’ll meows at us until we hold her like this. 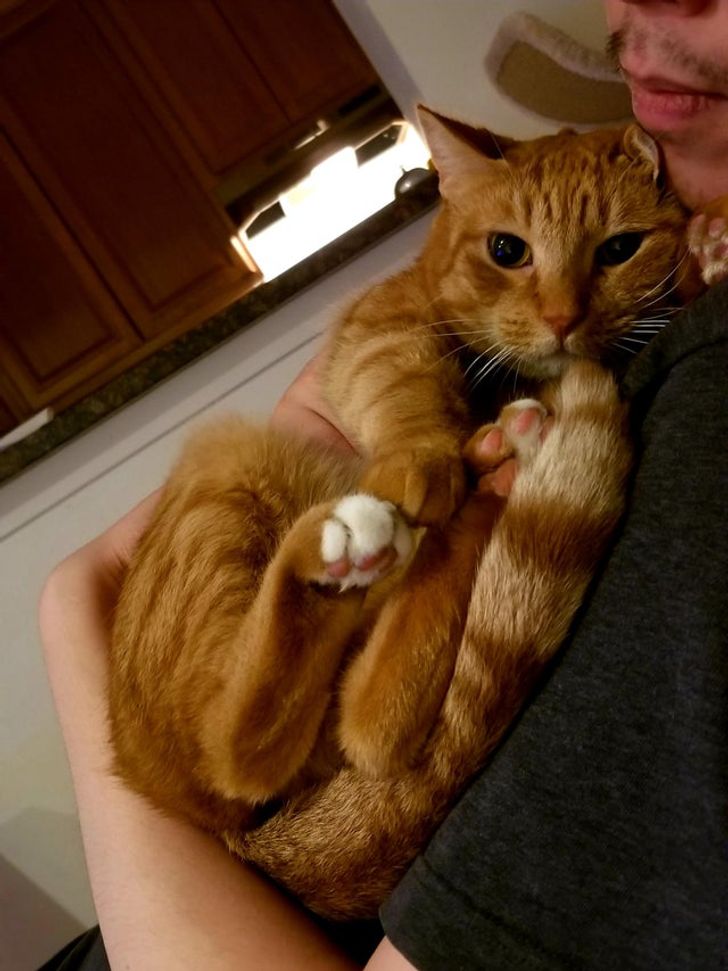 Bonus: The most cunning cat in the world 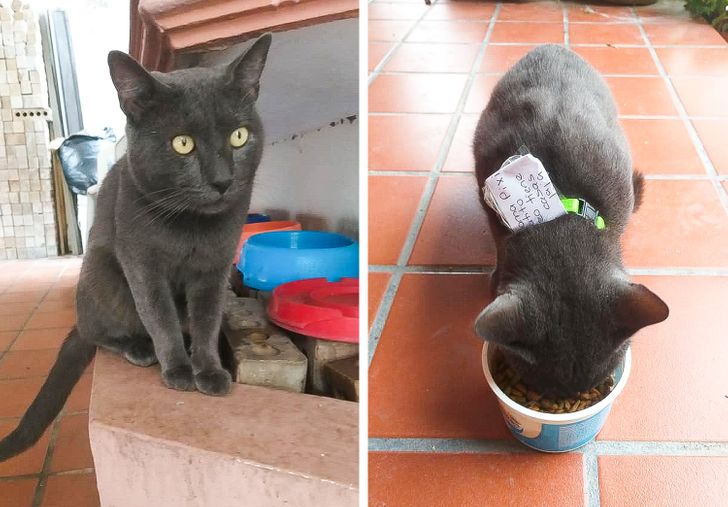 Mary Lore Barra from Mexico accidentally found out that her cat Pixi lives a double life. Mary got him when he was a kitten and 2 years later, Pixi grew into an adult cat with an independent personality. When he disappeared for several days, she wasn’t really worried, thinking he was doing regular cat stuff like running around and hunting birds.

But one day, this cat came home wearing a new collar. The woman suspected that she wasn’t the only owner of the pet, so she attached a piece of paper to the collar saying, “His name is Pixi and it looks like he lives in 2 houses.” Soon, the cat returned with an answer, “We call him Huarache, he has 2 homes. Congratulations! Other parents of the cat.”

It turned out that the other owners of Pixi lived not far from Mary’s house and before they got her note, they were sure they were the only owners of the cat. Now they’re sharing the details of Pixi’s life with each other and Mary says, “I think that Pixi is very lucky. Some cats don’t have even one home, let alone 2. I know that his other owners are decent people because they take good care of him.”

Do you have photos of your beloved pets that have an interesting story behind them? Share them with us!